Hypothesis on the Origin of the Universe.

Cosmological Structure of Inside Out Space 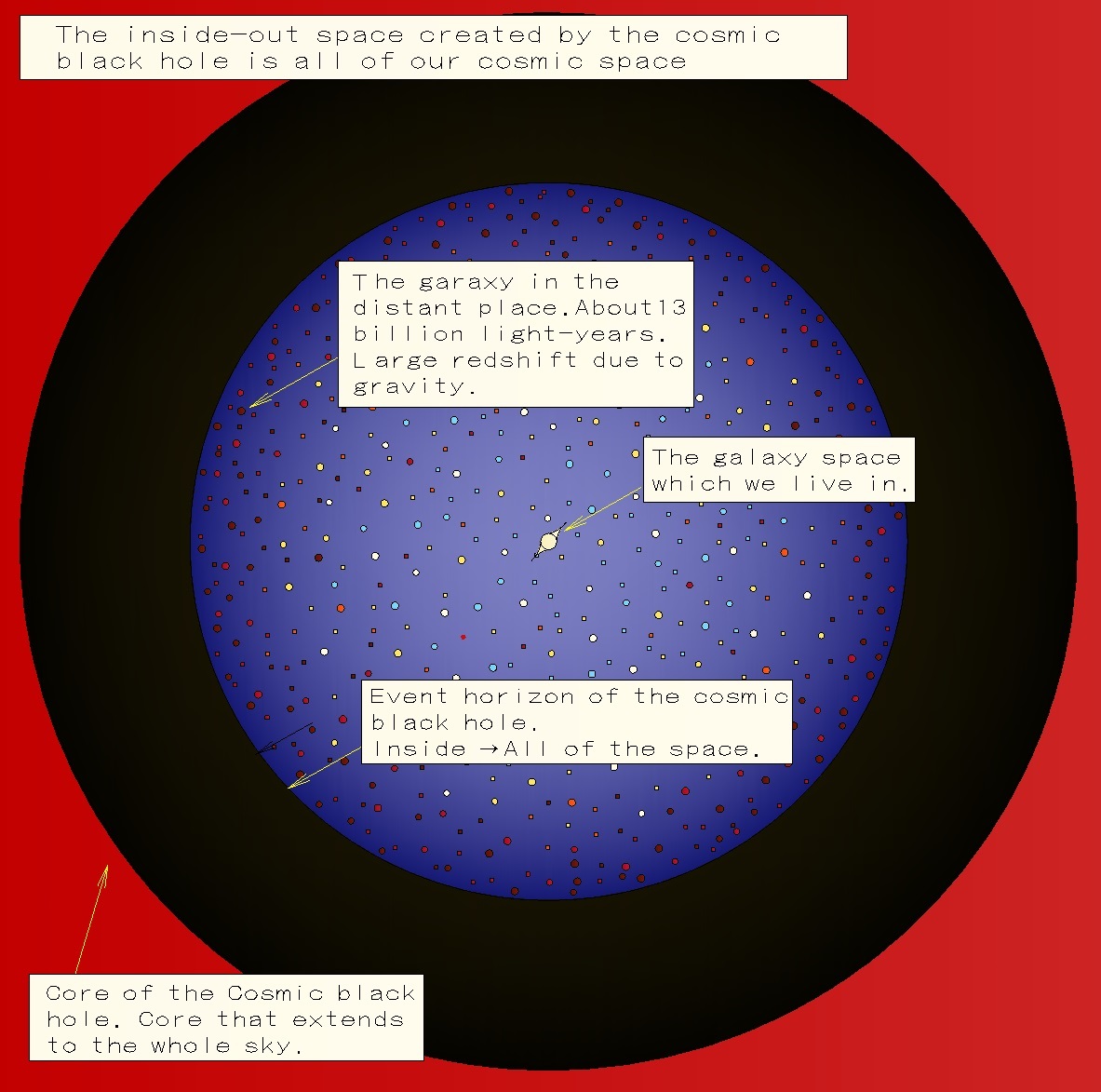 This space is in a strong gravitational field due to the central mass. But for all things in this space, the gravity of the core is balanced. Therefore, it becomes a weightless state with respect to the central core.

For the details, refer to the following PDF file.    →Ｍy cosmism.pdf

A summary of the conclusions.

(1) Overview of the Universe's Origin

It is said that our universe is in the process of falling freely in a huge cosmic black hole (of a class of over several trillions of light-years) created in the expansive outer space. We cannot see this outer space from our space, but it is sparse, vast, and at ultra-high temperature.

If the universe falls freely beyond the Schwarzschild radius in the black hole, it will become an inverted space where the core will spread over the whole sky and be enveloped by the event horizon concealing the core. This is the cosmic space which we know. The event horizon is a region that is pitch black, at absolute zero and where time has stopped. It is the same as the state of the farthest universe we see.

Gravity is balanced in this inverted space creating a state of weightlessness, since a high velocity has already been acquired with the falling process, the distance to the core shrinks at a uniform velocity. In this space, the farther a celestial body as seen from the observer, the closer (lower) it is to the core, more is the gravitational redshift caused by the difference in the gravitational potential. This redshift of distant celestial bodies increases with time since the gravitational gradient also increases with the fall. Since this is accelerated expansion, it is difficult to explain using the expanding universe theory, but it can be easily explained as an inevitable consequence according to the theory of this study. Refer to the text for details

In the ultra-high temperature outer space (refer to the text), surrounding space is cooled by the influence of the black hole. The average temperature in the outer space is estimated to be 1015 K or more, and space is cooled as it gets closer to the black hole, and substances such as electrons and protons are formed. As it gets even closer, protons and electrons fuse to form helium nuclei, but the reaction does not advance further as they are extremely sparse. Because of this, most of the matter that existed in our cosmic space had originated from hydrogen and helium atoms.

If our cosmic space falls further and crosses the Schwarzschild radius, space will invert and completely close, forming a closed space isolated from the outer space, and start cooling rapidly to absolute zero. However, just before space closes, it will entrap the radiation of space temperature 3000K, which is observed to be the 2.7K background radiation from a region near the event horizon with a very high time-delay (1/1100). Refer to the text for details.

Electron-positron conjugate and proton-antiproton conjugate are proposed as specific dark matter candidates for the mystery of the rotational velocity of the Milky Way galaxy. Refer to the text for details. 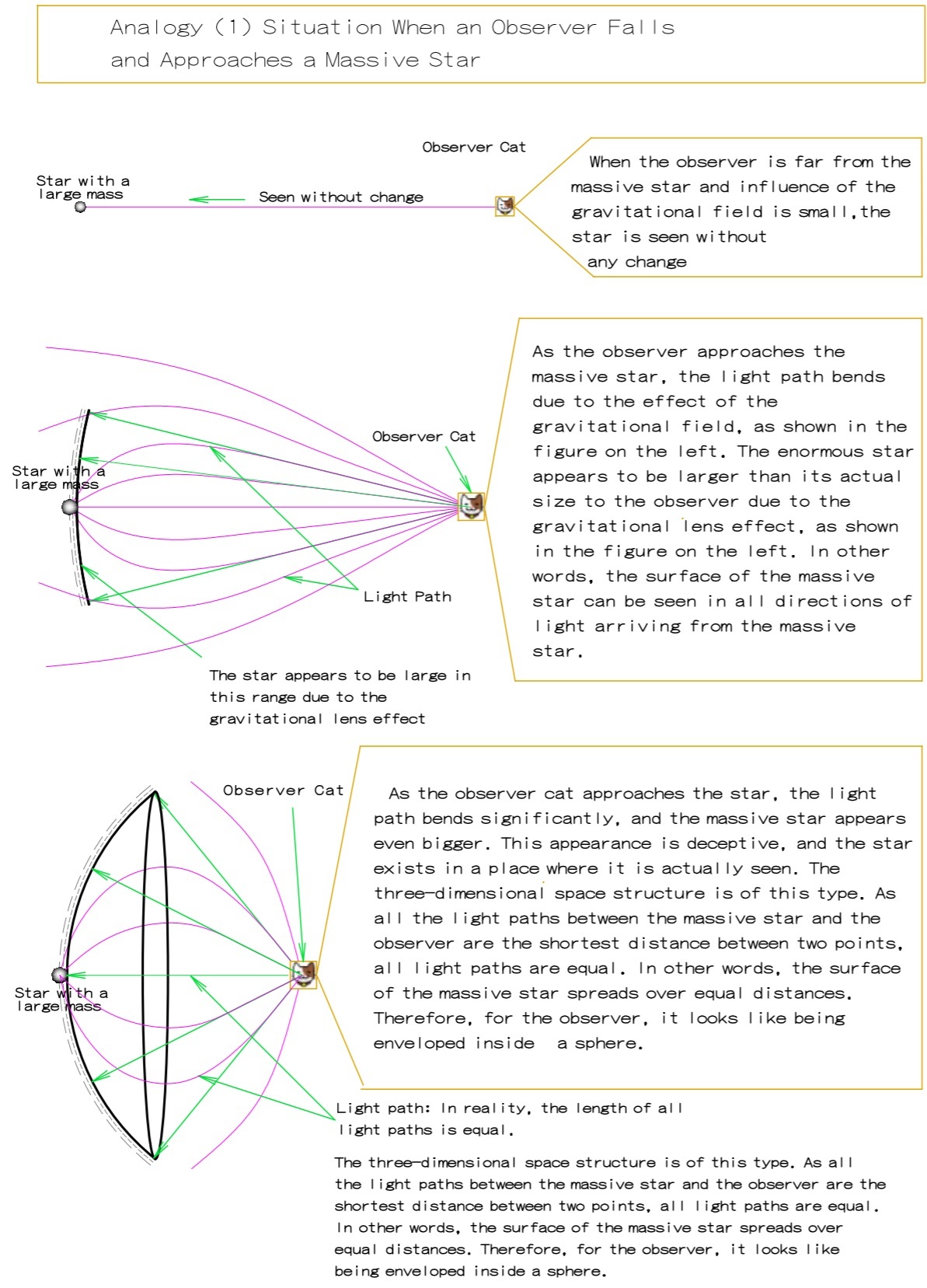 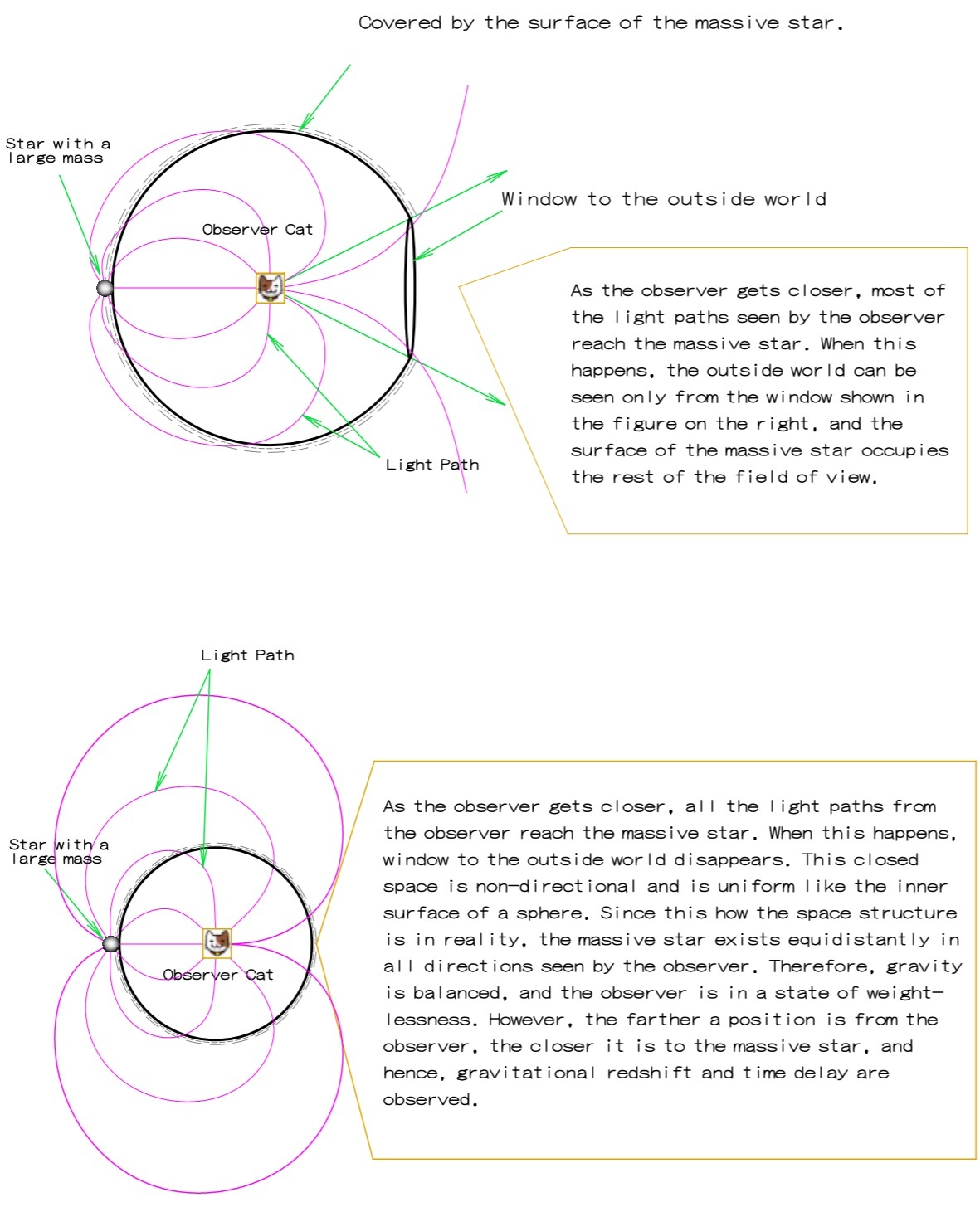 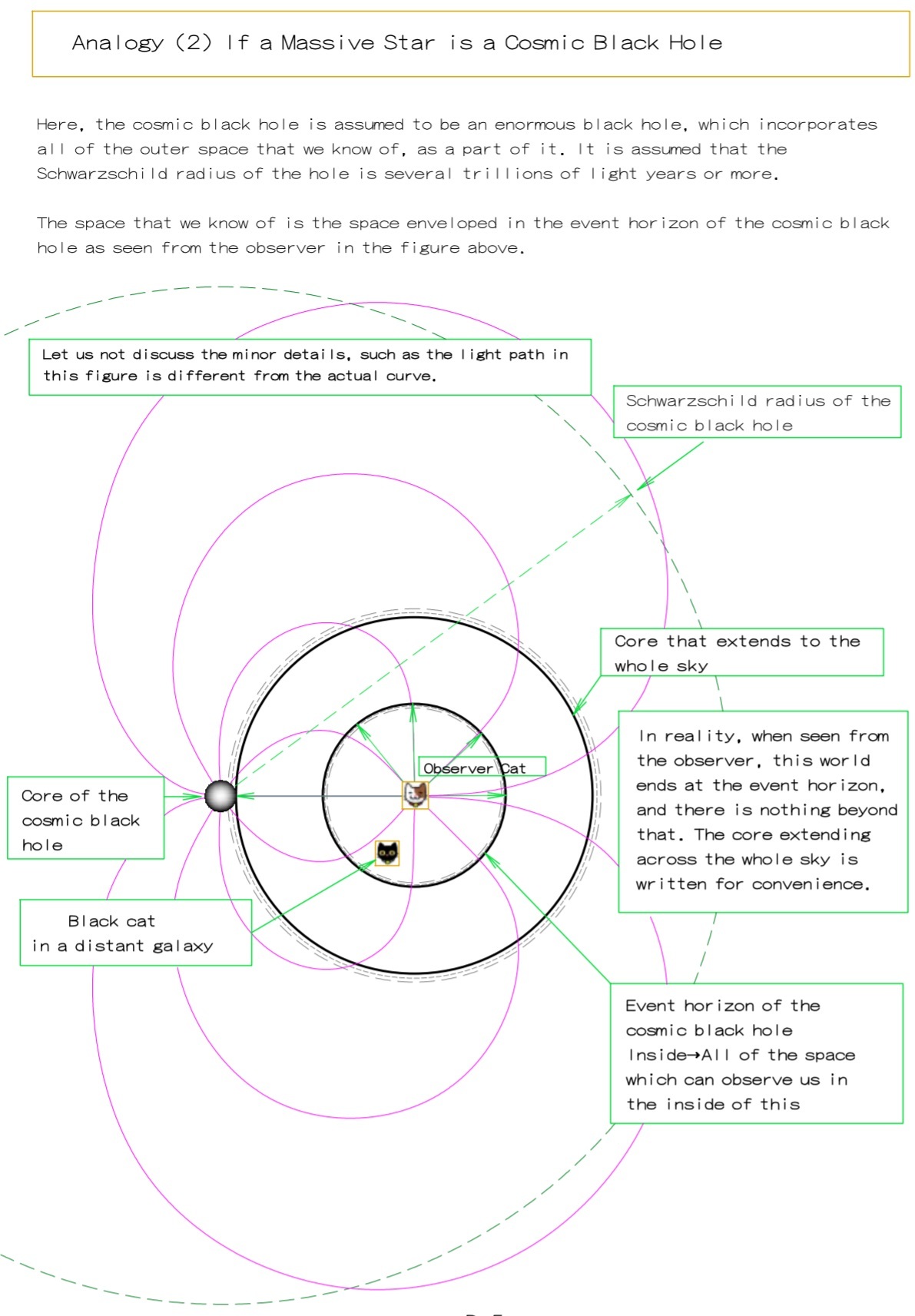 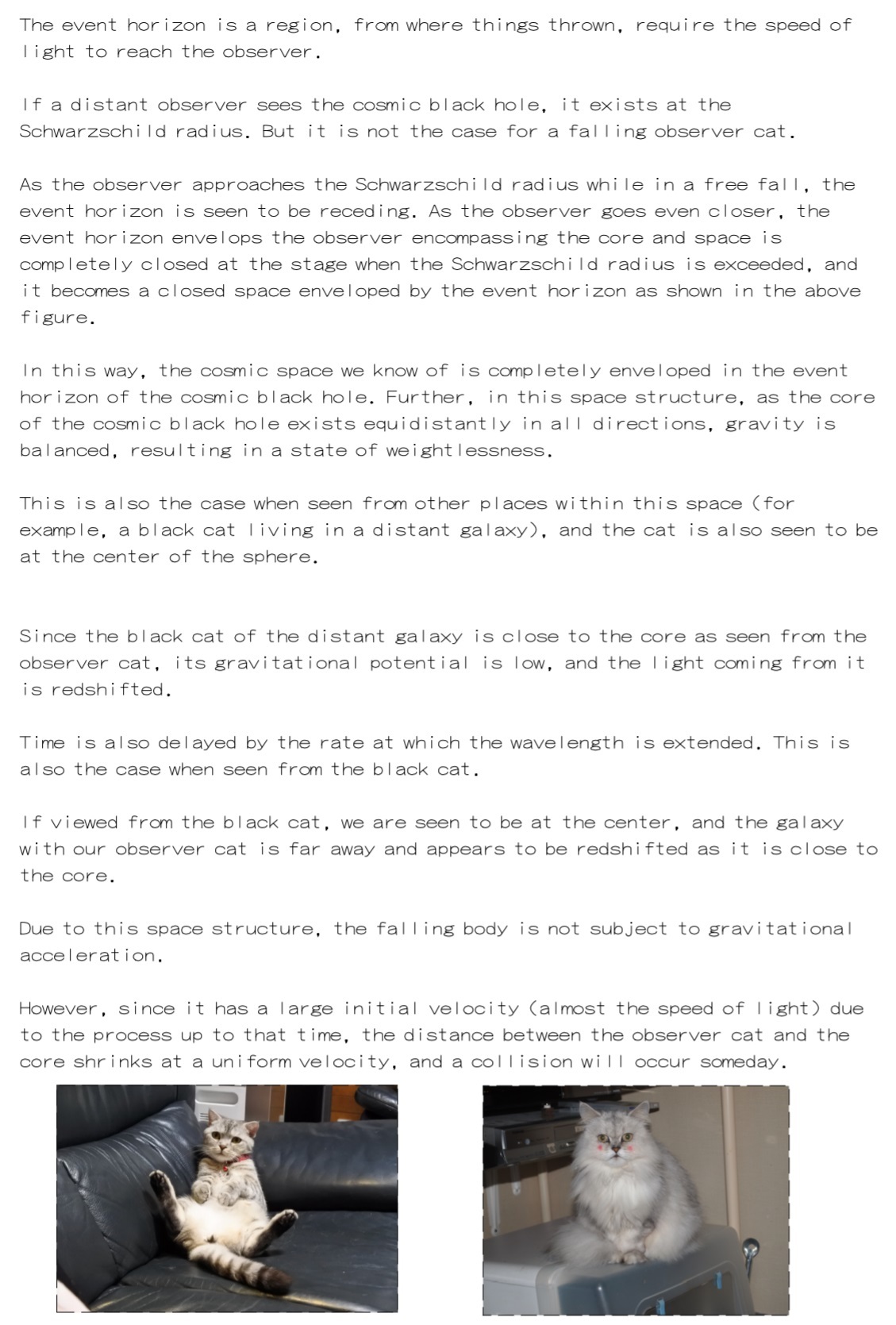 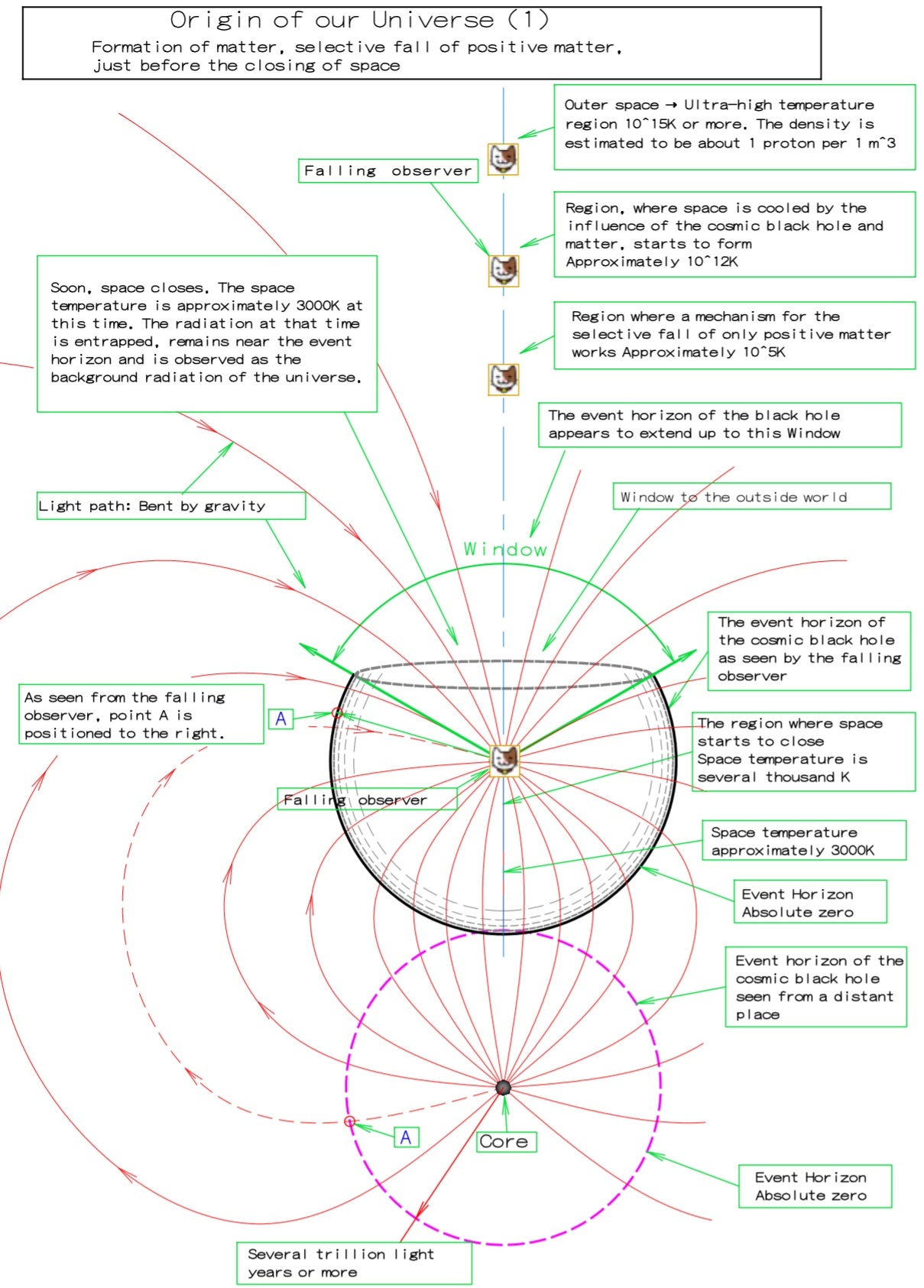 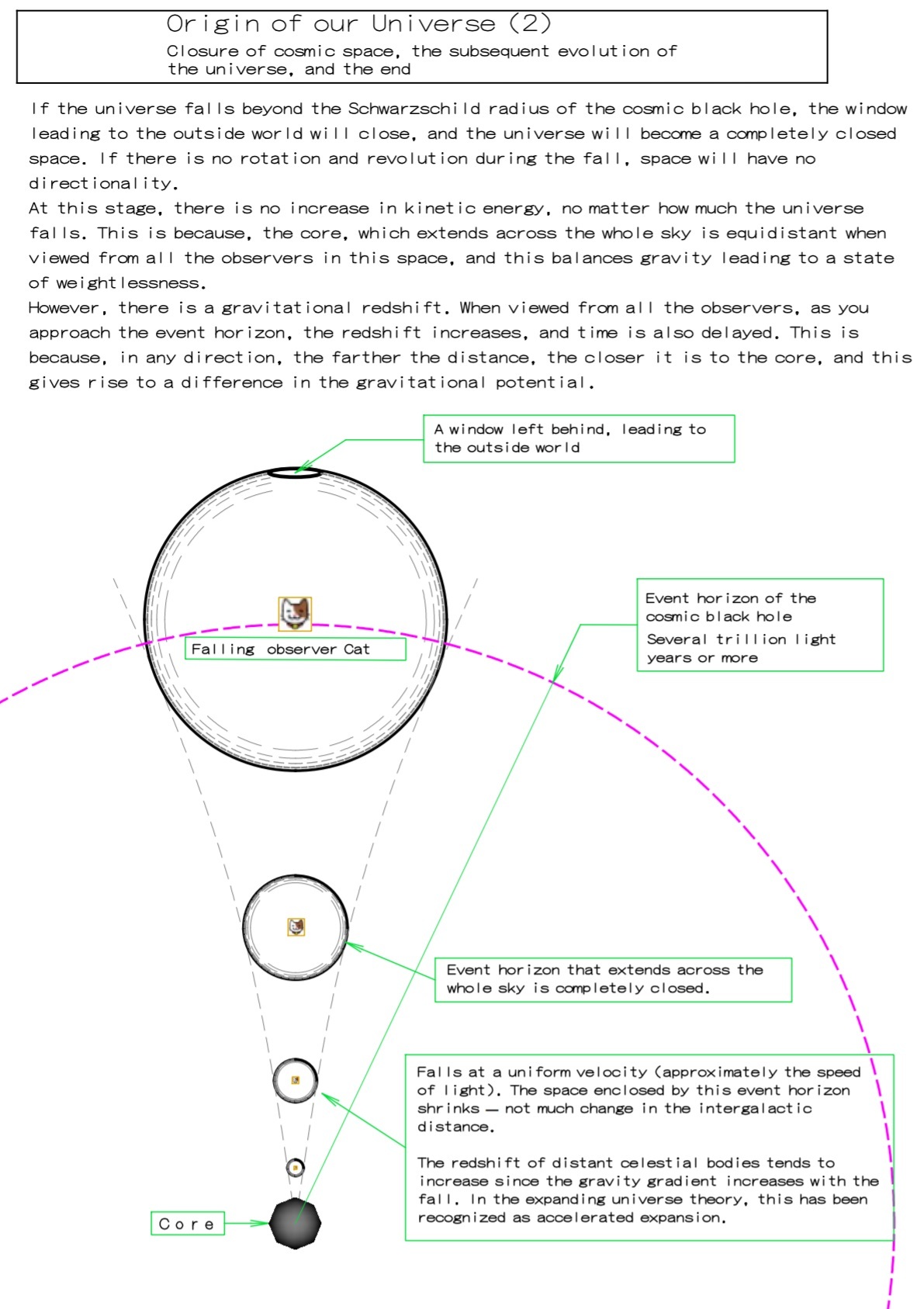 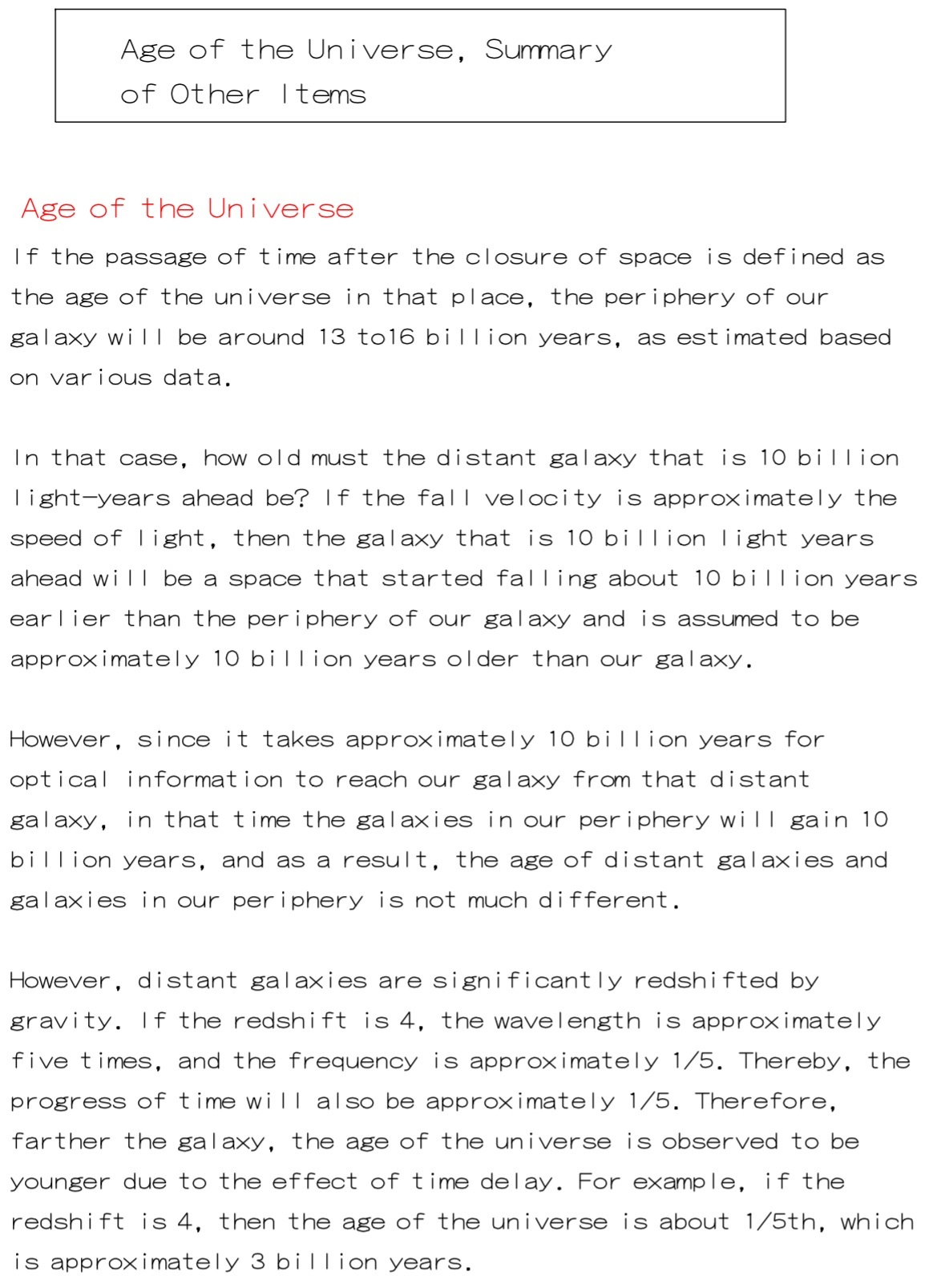 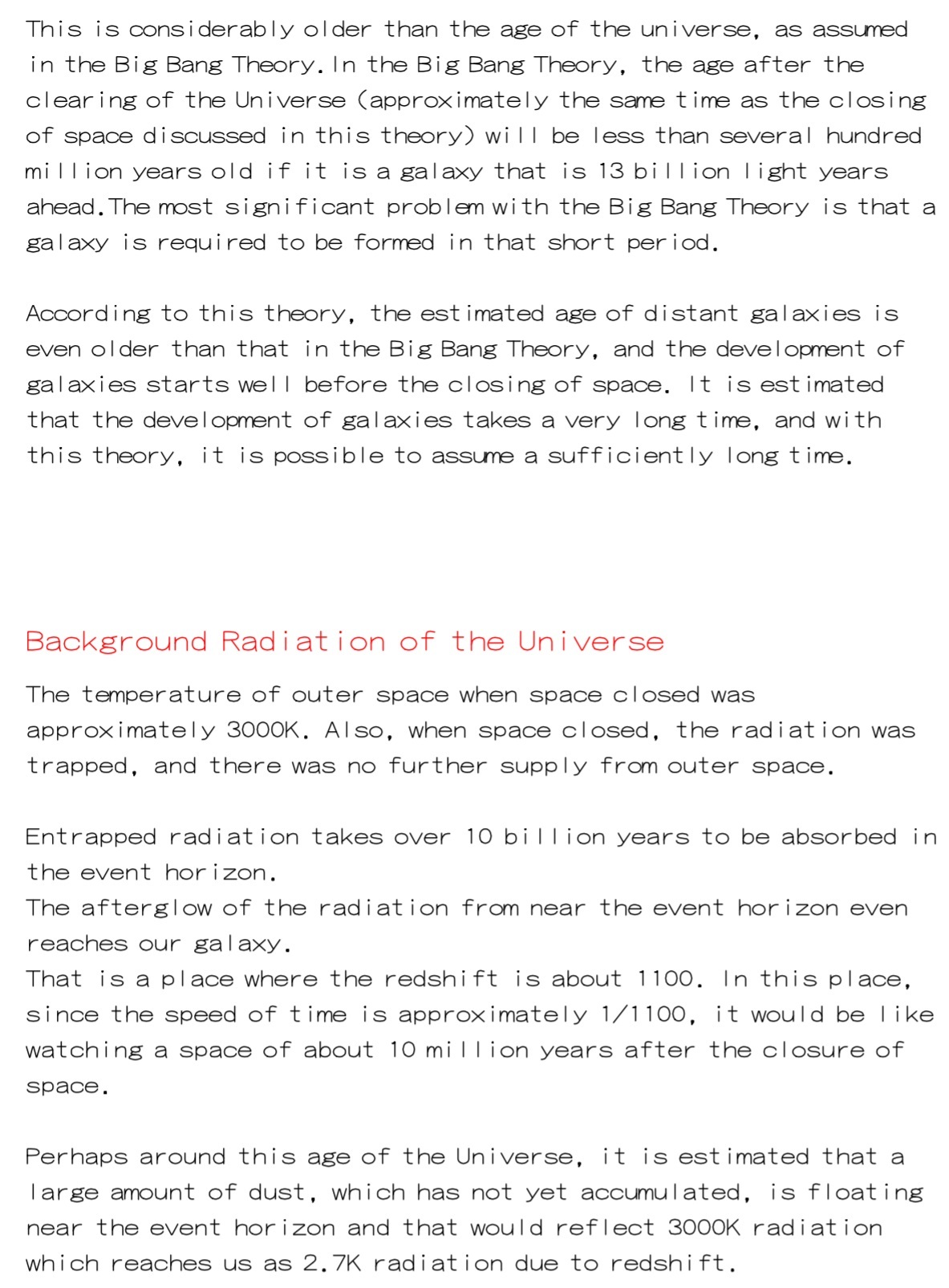 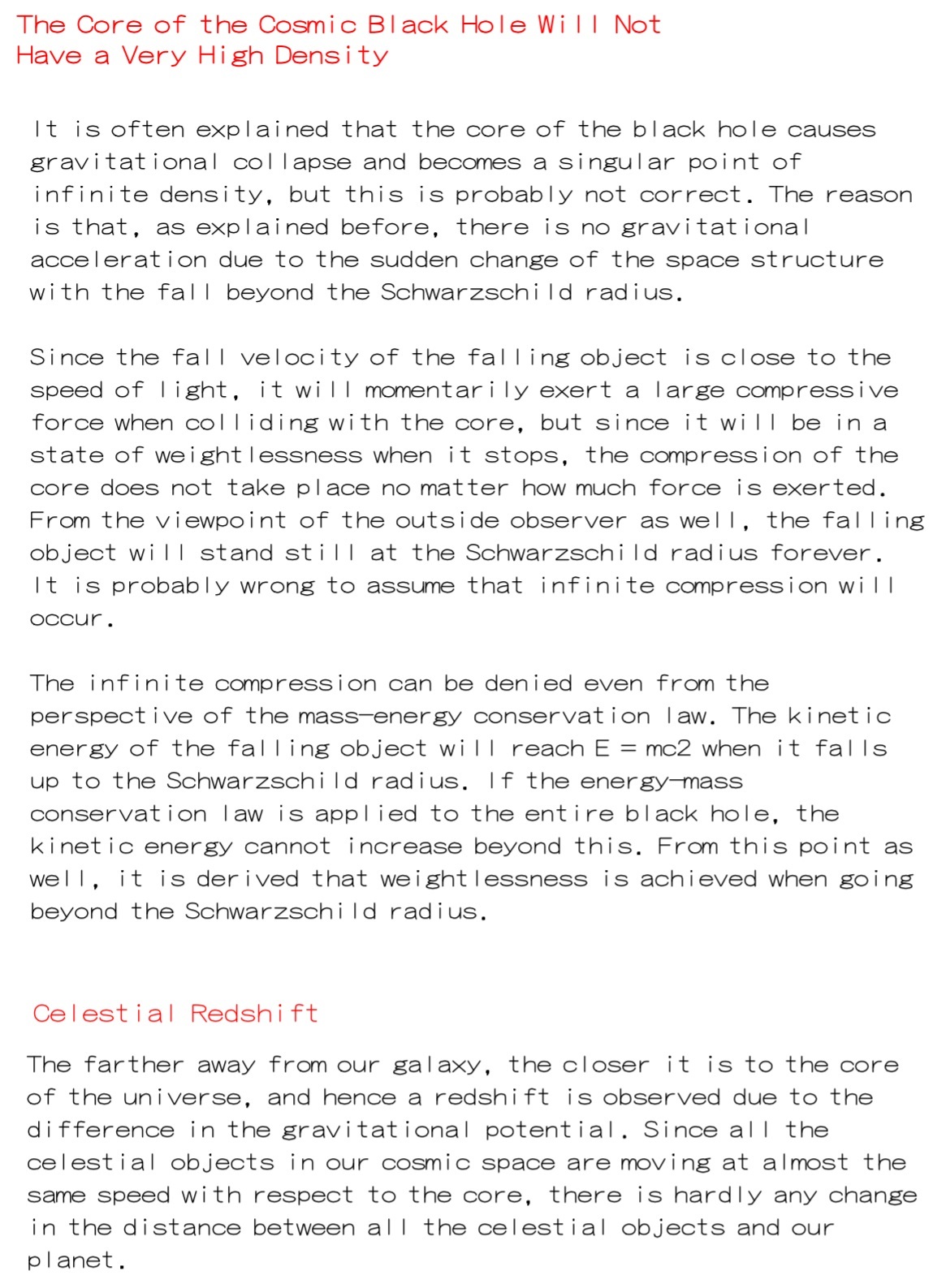 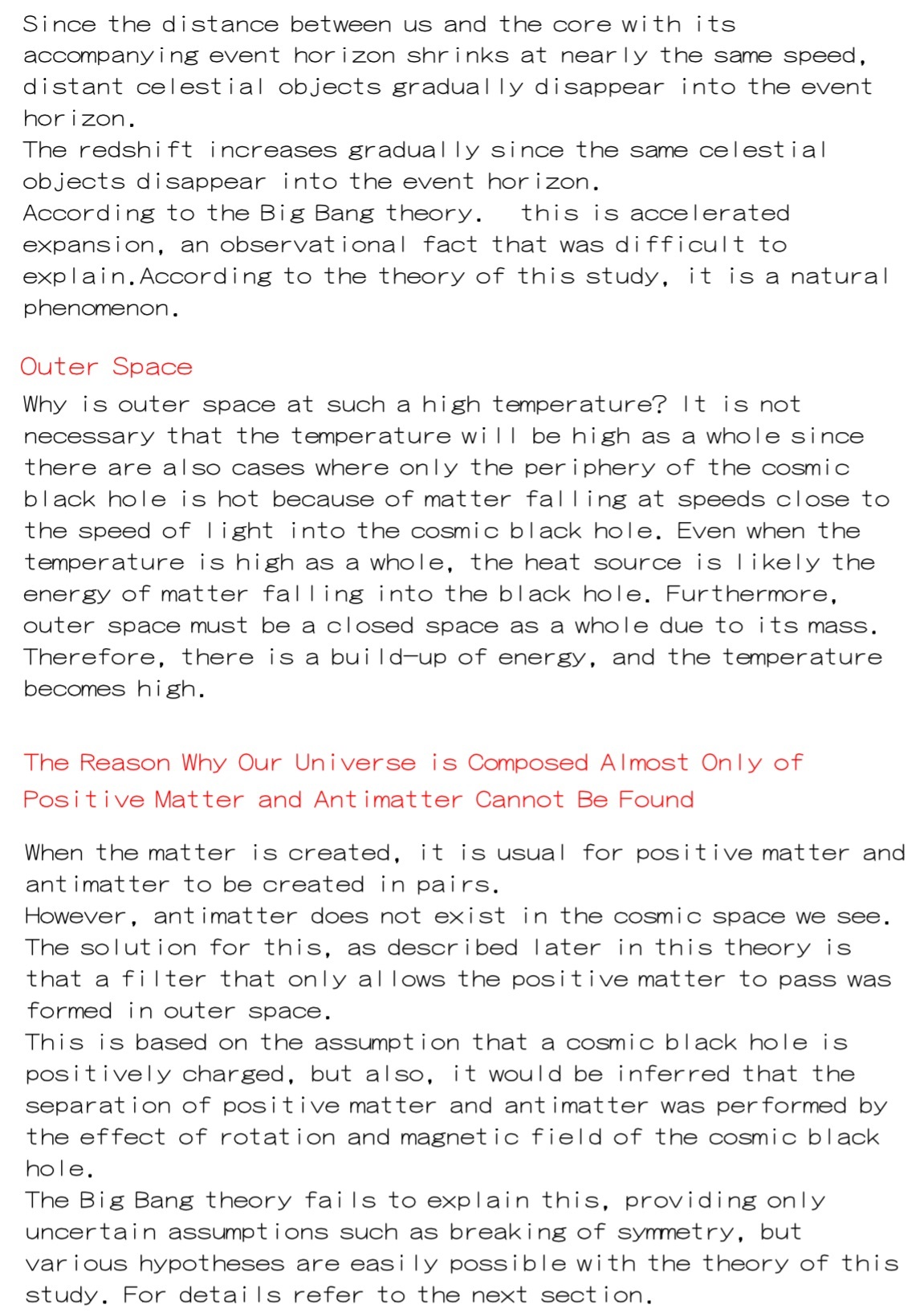 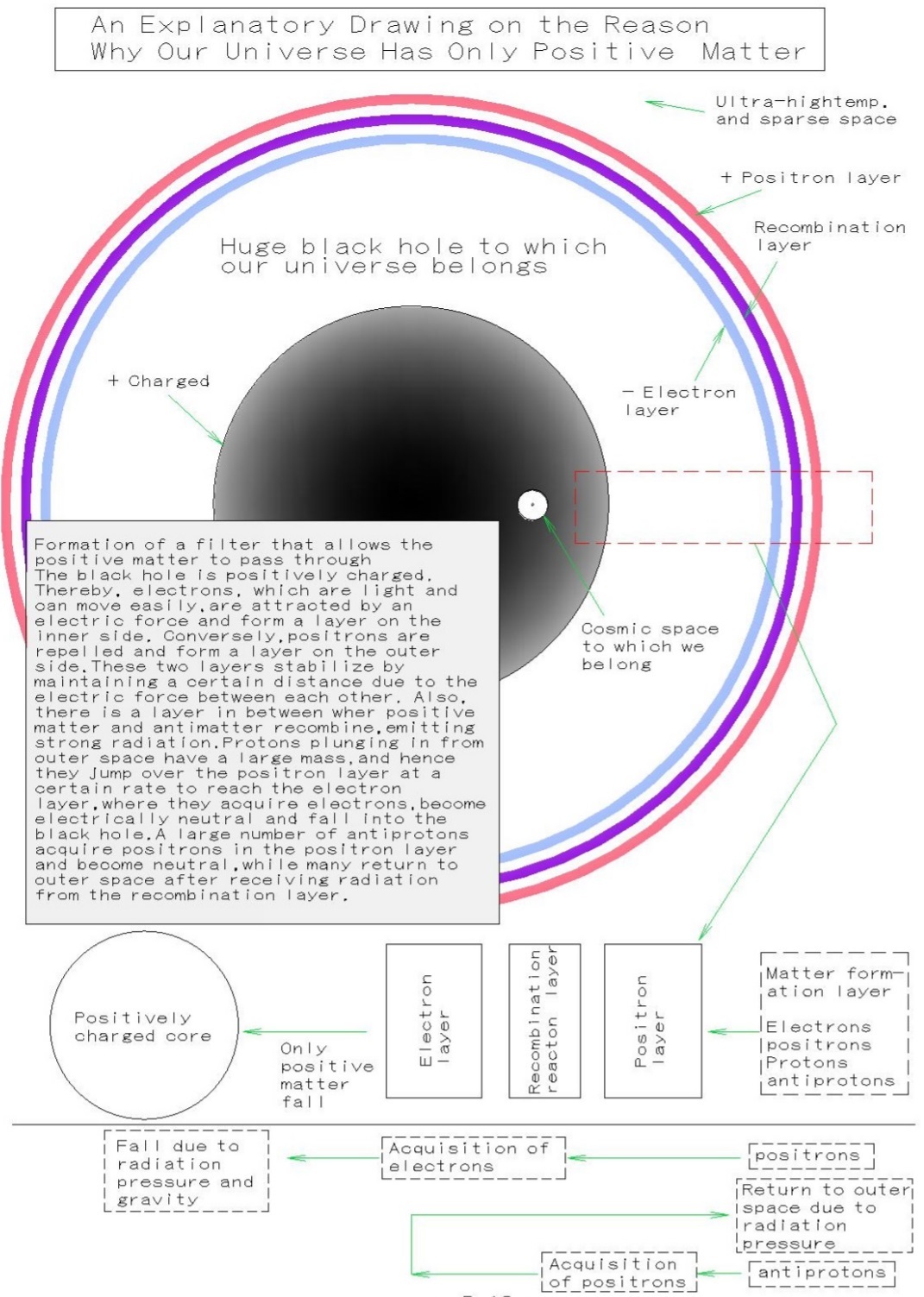 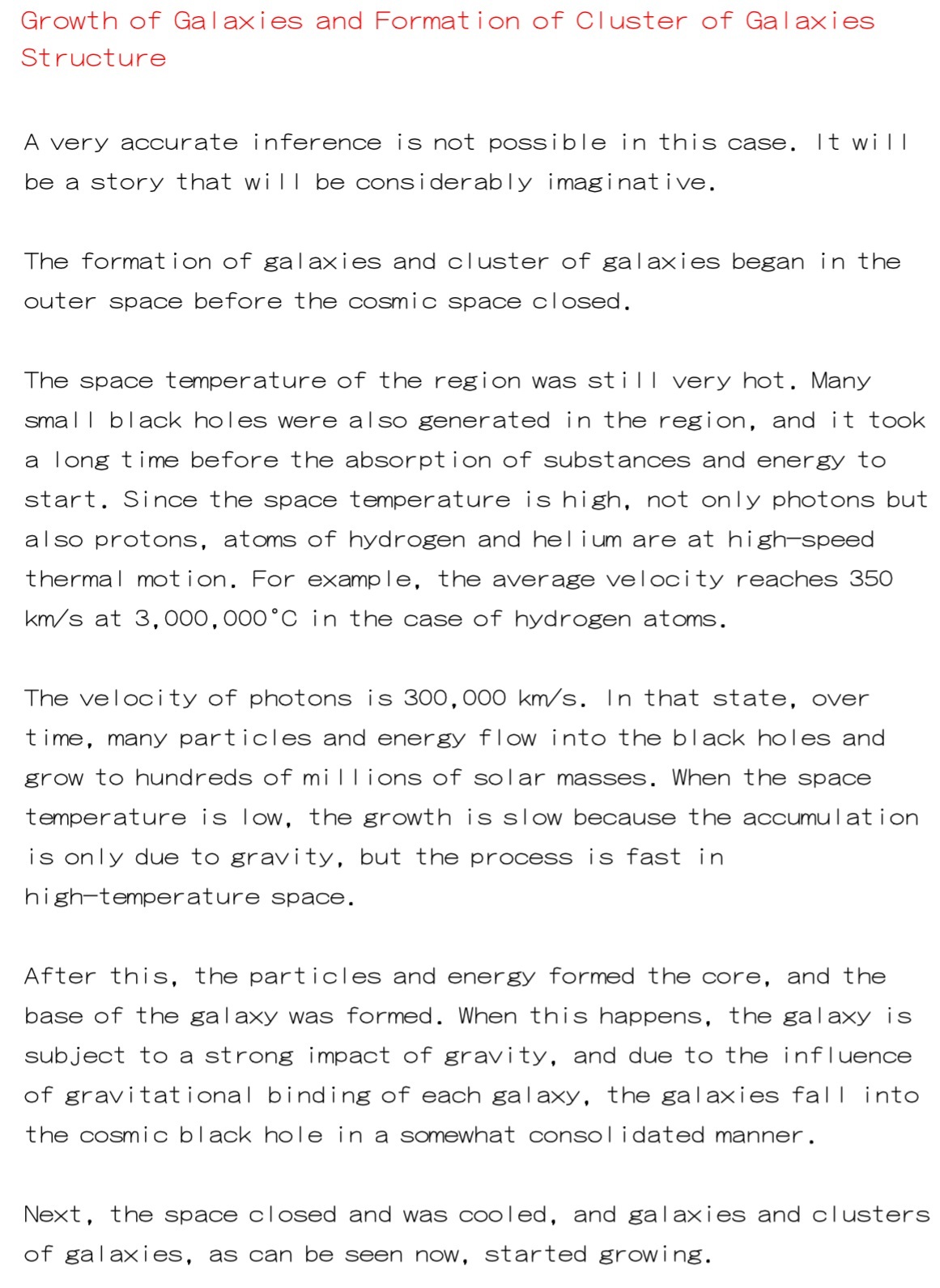 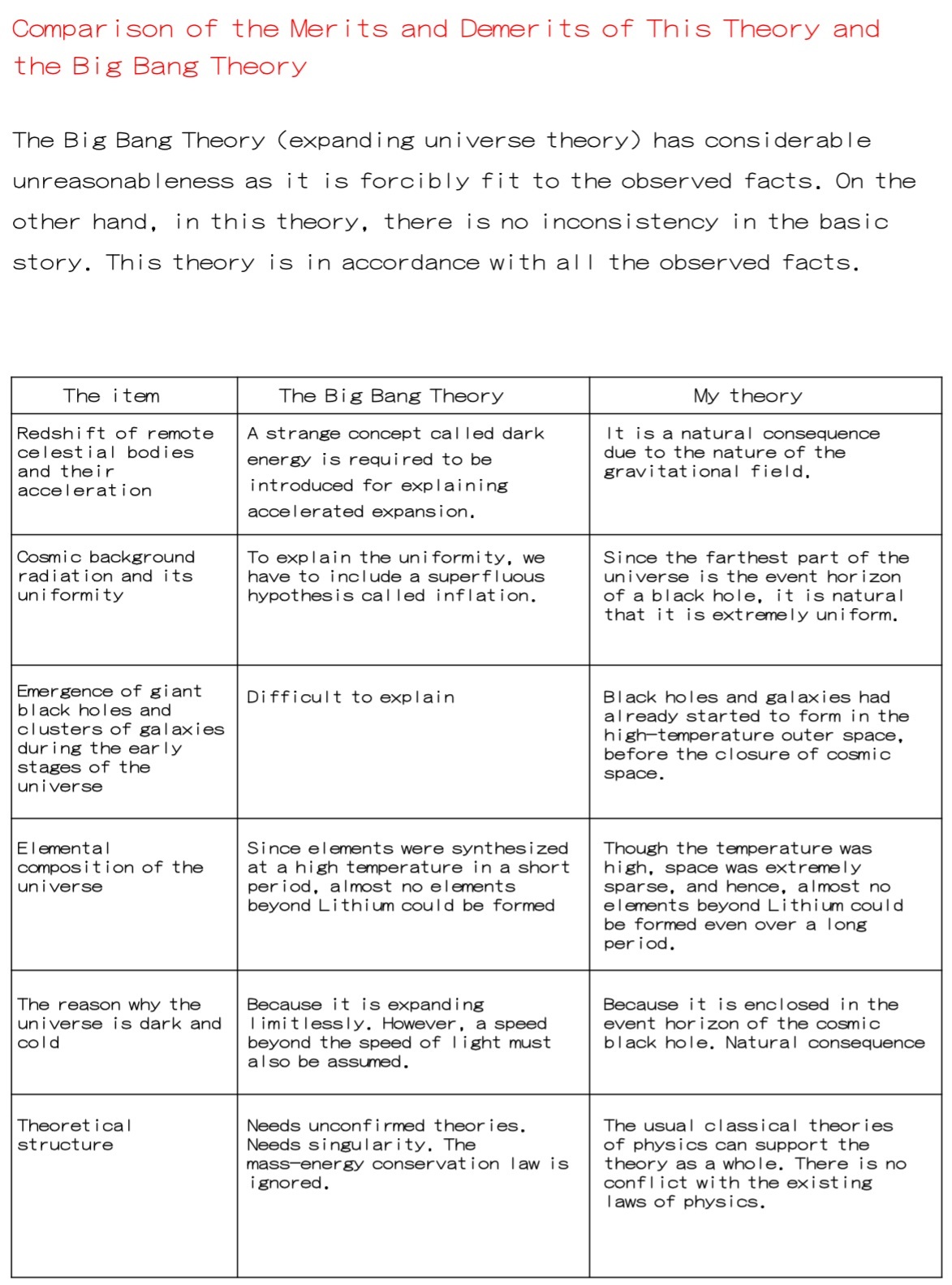 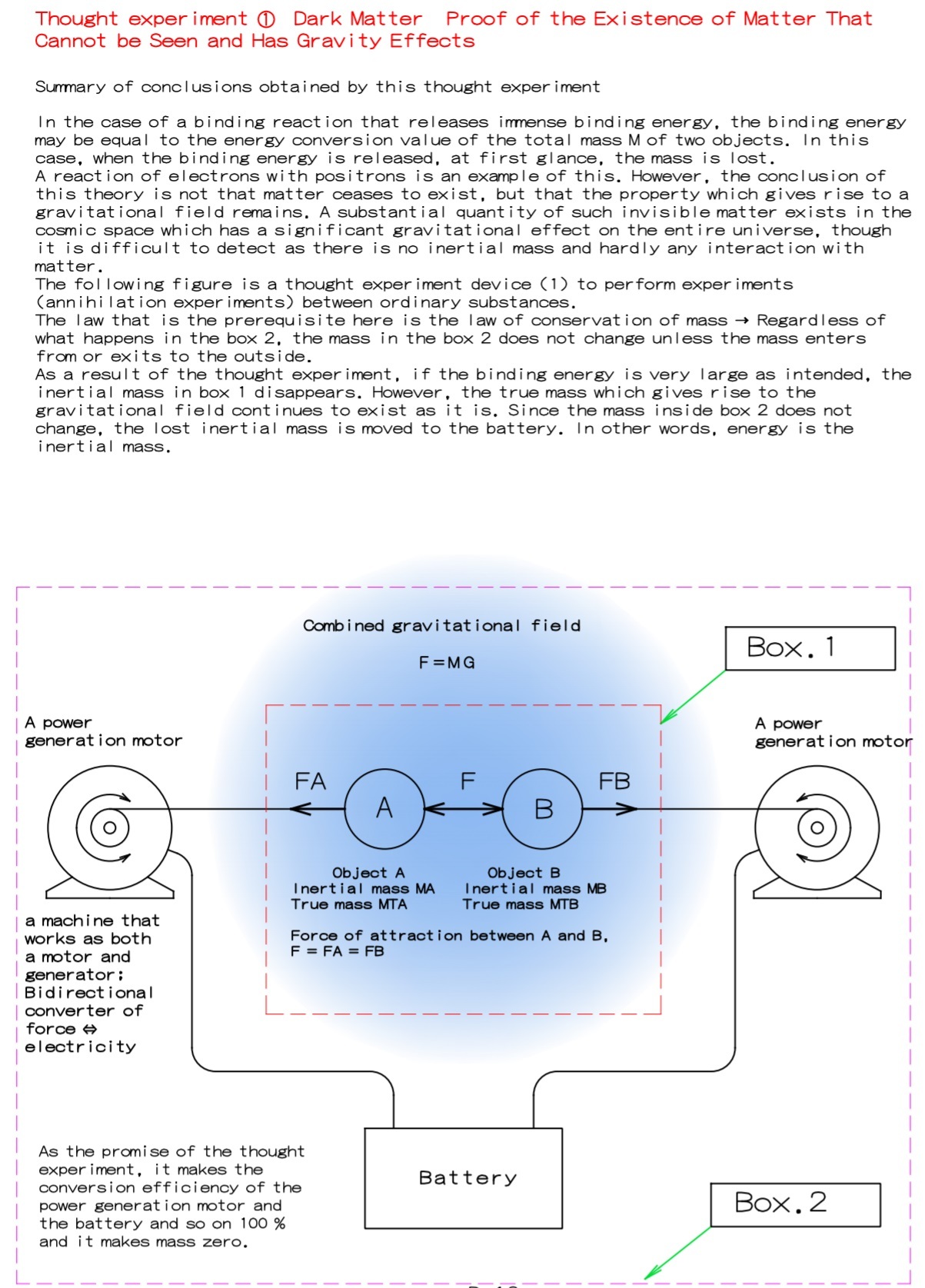 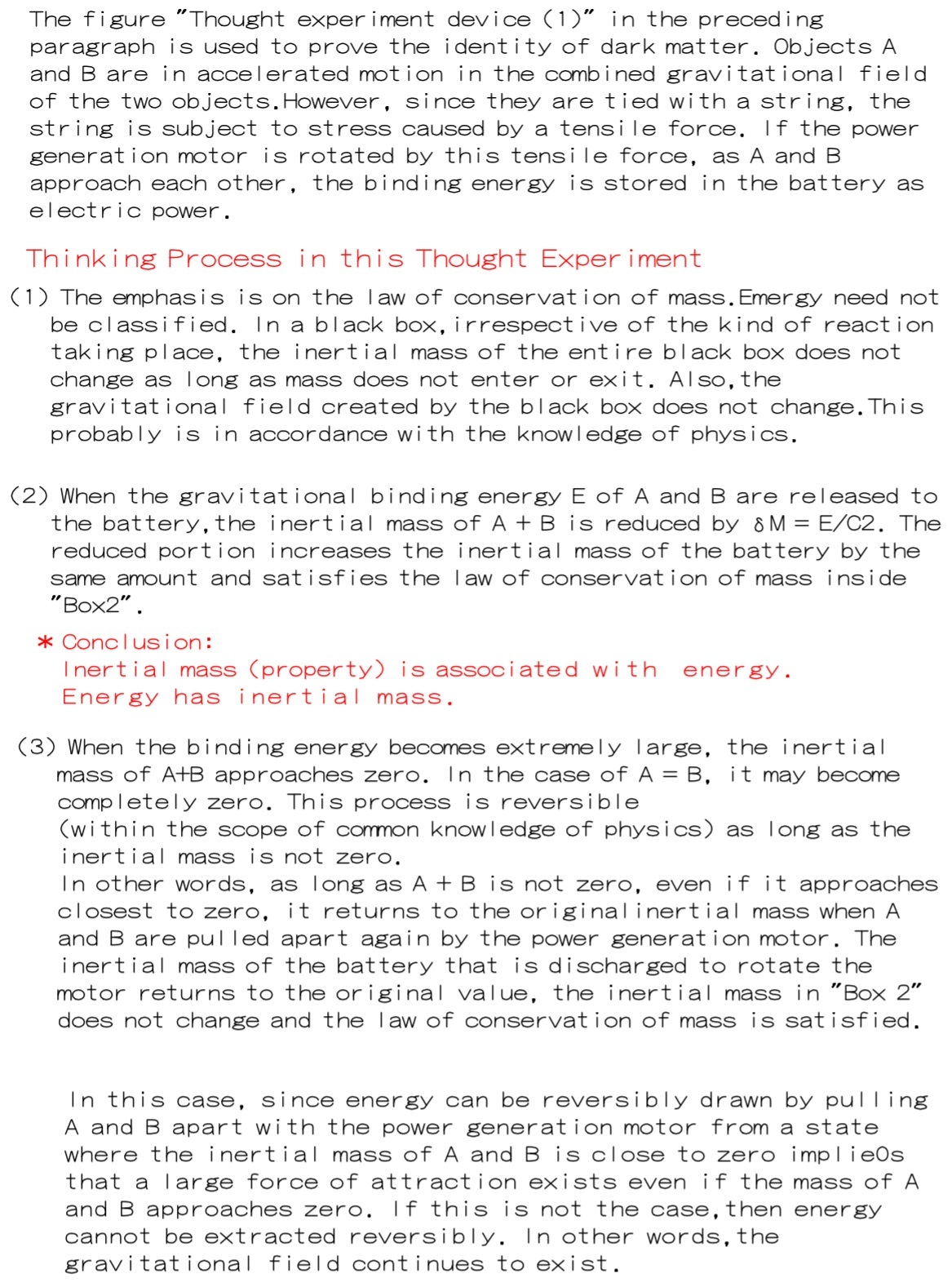 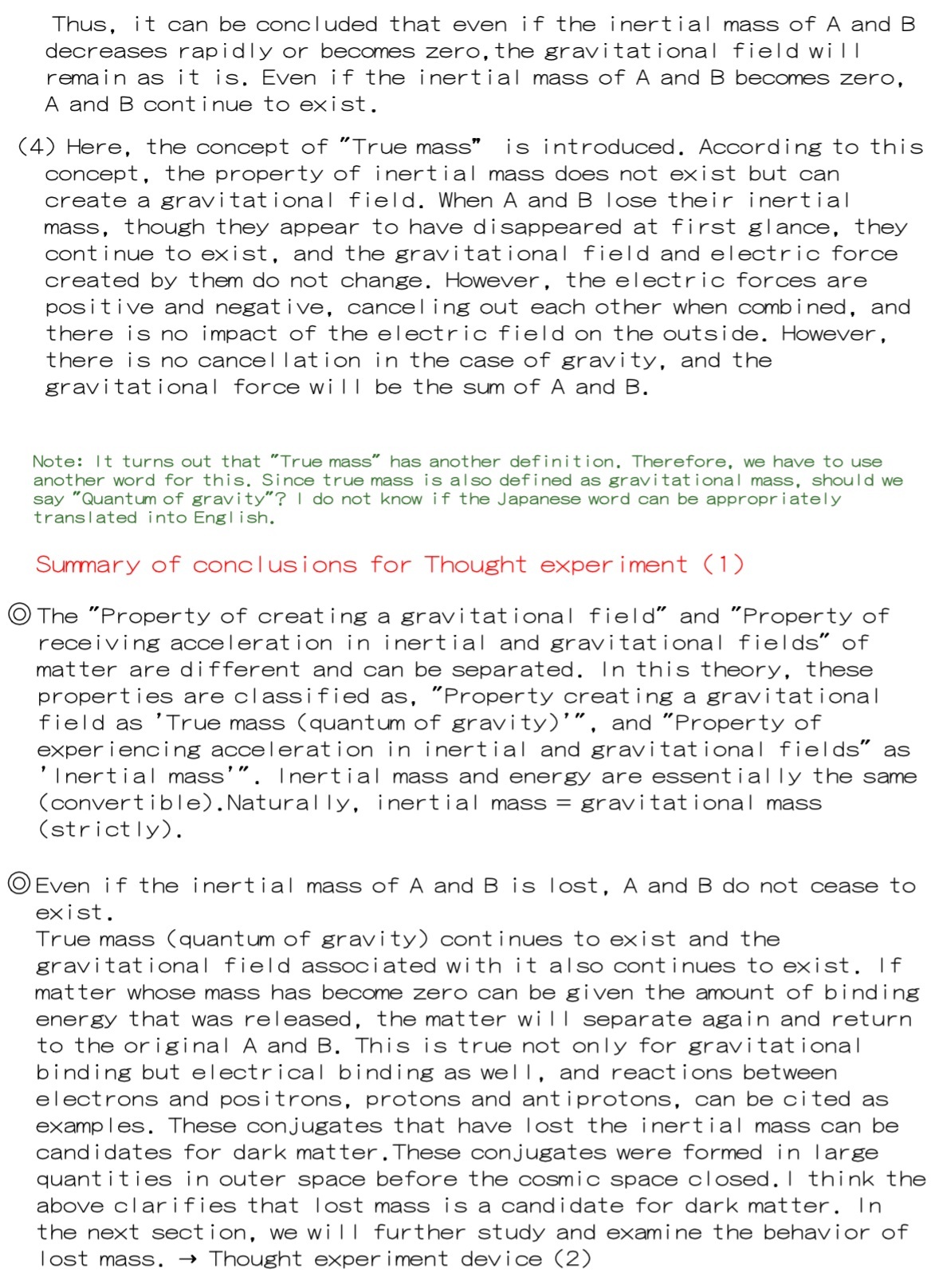 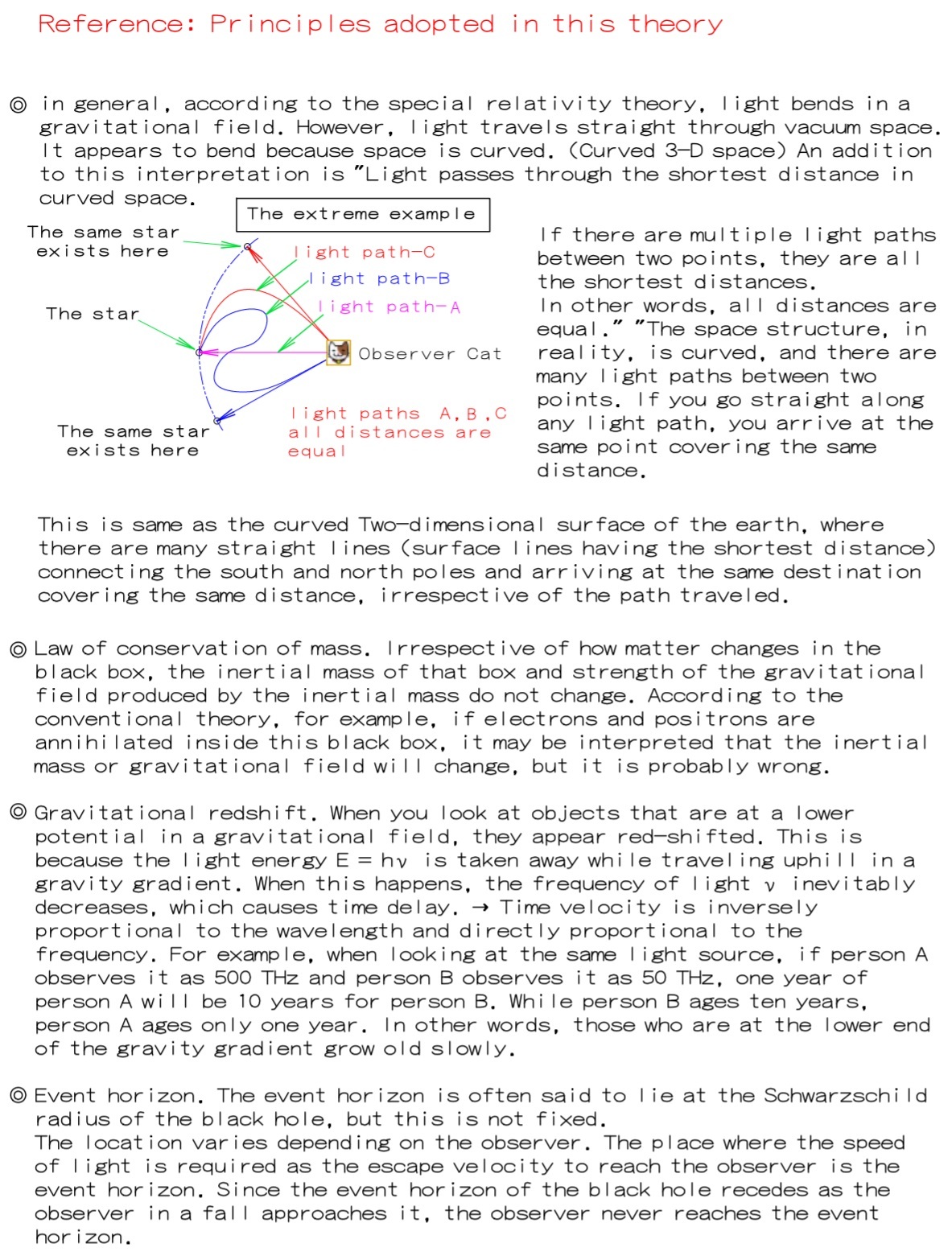 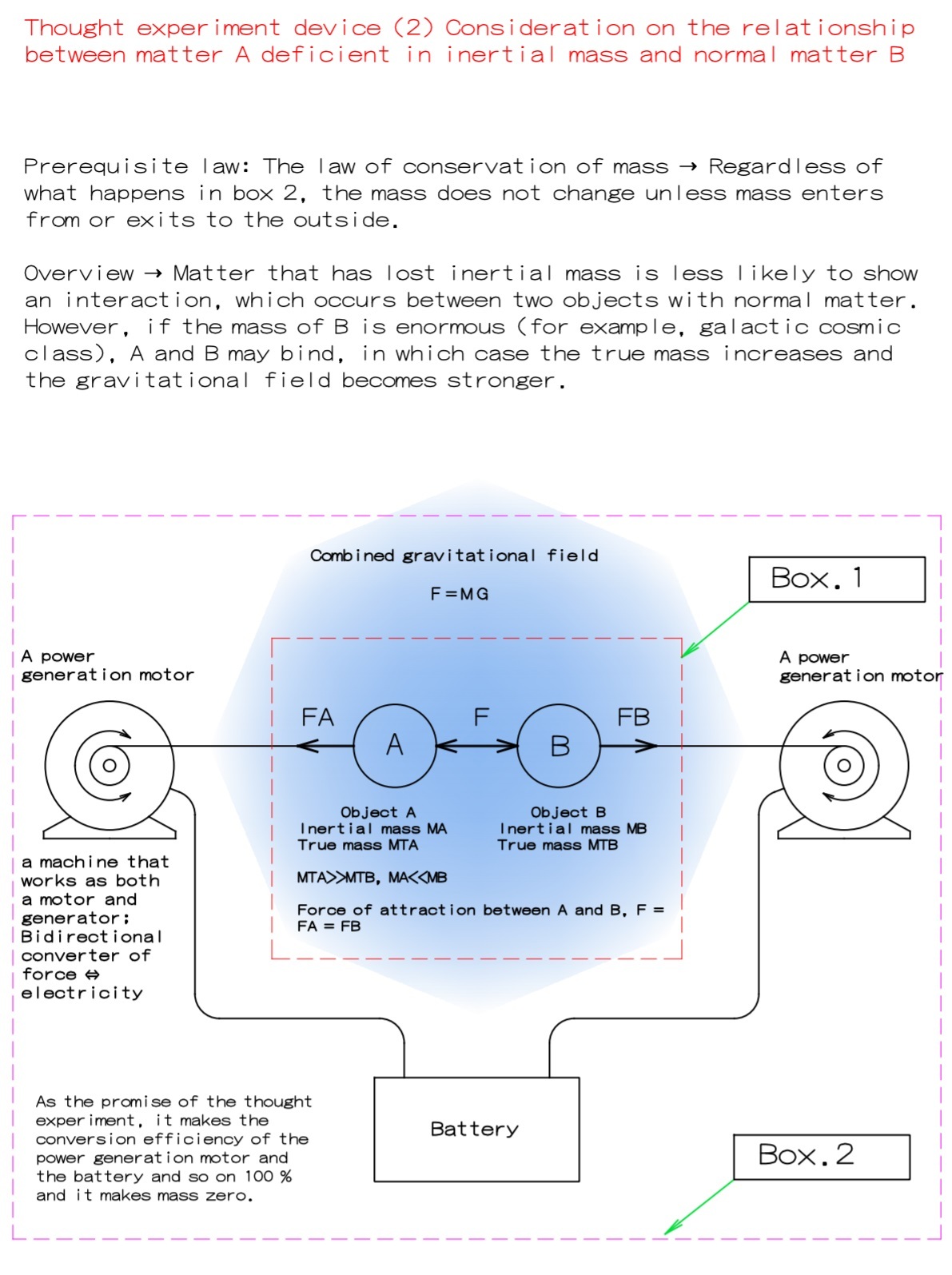 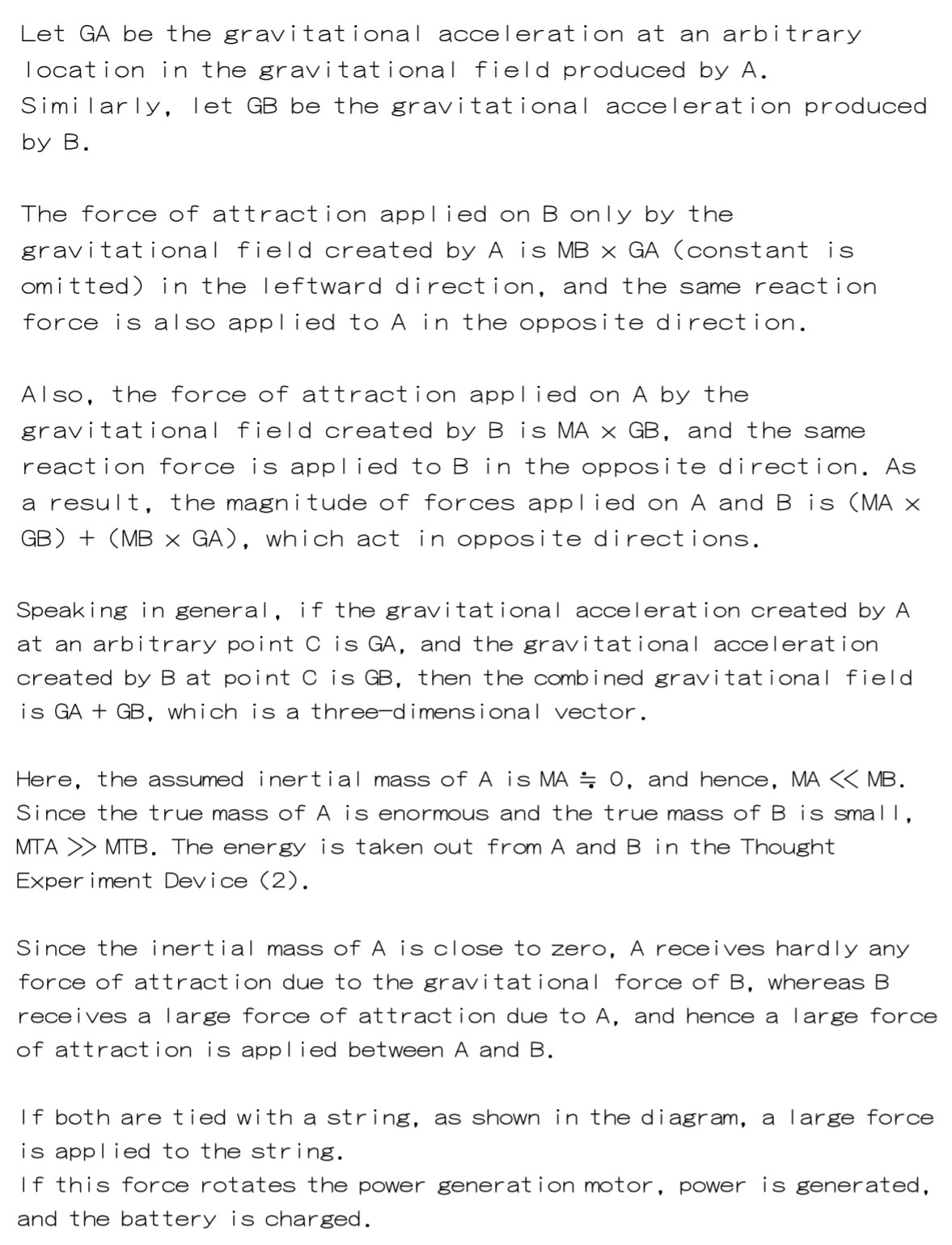 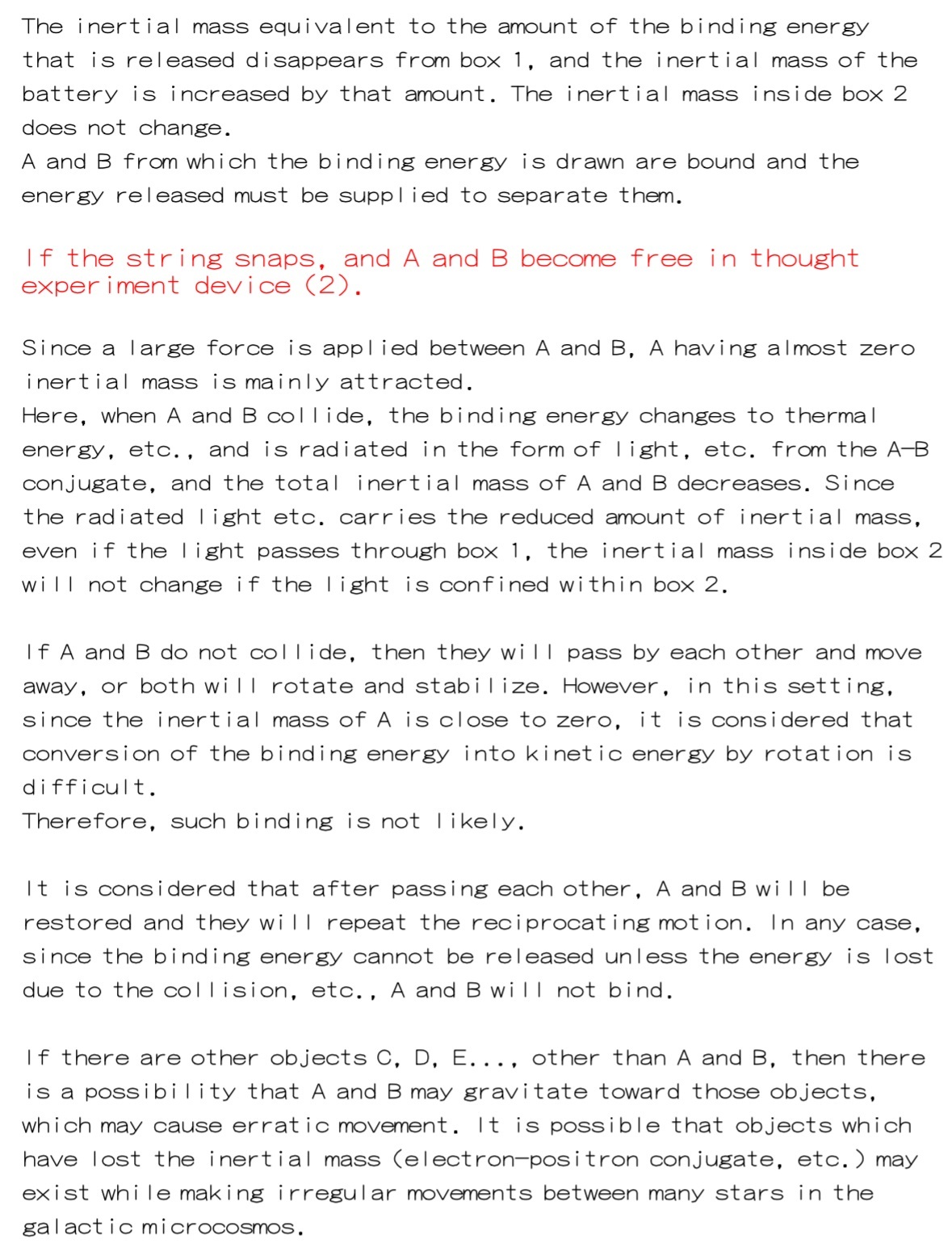